Read Across America Day was established in 1987 on Dr. Seuss’ birthday, March 2.  Some have extended Read Across America Day into the month of March as National Reading Month. Although it was originally meant to be more about reading than about Dr. Seuss, it’s a perfect time to honor the life and accomplishments of the good Dr.

Theodore Seuss Geisel (1904-1991), known as Dr. Seuss, is the most popular and influential name in children's literature. His 60 books have been translated into more than 15 languages, and have sold more than 222 million copies. Sixteen of them are among the top 100 best-selling children’s hardcover books of all time. His lifelong war on illiteracy earned him two Emmys®, a Peabody Award and the Pulitzer Prize. Eleven children's television specials, a Broadway musical and several feature-length movies have sprung from his books.

Continuing on the subject of Black History Month, here are additional African American heroes who appear on my four American Hero albums:

Sojourner Truth (1797?-1883) suffered through slavery in state of New York until the age of 30. A spellbinding preacher with a beautiful, powerful singing voice, she was the first black woman to travel across America denouncing slavery. She was a simple, honest, and deeply religious activist who stood for freedom and women’s rights. Her poise, self-confidence, and fiery passion made her into an early national symbol for strong black women. One hot day in Akron, Ohio in 1851, Ms. Truth delivered a powerful speech still known as one of the greatest women’s liberation speeches ever given. Her exact words were not recorded, but one version of her speech includes “If the first woman God ever made was strong enough to turn the world upside down all alone, these women together (and she glanced her eye over the platform) ought to be able to turn it back, and get it right side up again! And now that they are asking to do it, the men better let ‘em.”

My song about Sojourner Truth is Aren’t I a Woman. (More American Heroes CD)

Jackie Robinson (1919-72) broke the color barrier in 1947 when he became the first black major league baseball player. In spite of racial hostility and even death threats from players and fans, he played the game of baseball with quiet dignity and extraordinary talent. He was a daring base runner, an excellent fielder and held a career batting average of .311. He was an active spokesperson for civil rights, and in 1962 he became the first African-American elected to baseball’s Hall of Fame. Jackie was born in 1919 on the verge of Black History Month—January 31st.

He said, “There is not an American in this country who is free until every one of us are free,” which my song co-writer Dave Kinnoin and I worked into the final verse of our song:

February in America is Black History Month, when we give extra attention to our great African Americans. Carter Woodson, renowned African American scholar, is credited with having started it all on the 50th anniversary of Abraham Lincoln’s Emancipation Proclamation. In 1915, Woodson attended a national celebration in Washington, DC which highlighted the progress of blacks since the Civil War. Over time, what was first known as Negro Achievement Week morphed into Negro History Week and, in the 1960s, into Black History Month. Woodson chose February because of two heroes: Abraham Lincoln, whose birthday is February 12th, and Frederick Douglass, who celebrated his birthday on February 14th.

Abraham Lincoln’s song is All across the Land. (American Heroes CD)

Frederick Douglass (1818-95) escaped the master’s whip at the age of 20 when he fled North, disguised as a sailor. He became a powerful voice for the freedom of all blacks whose lecturing and reasoning were so impressive that opponents refused to believe he had been a slave. A beacon of morality whose vision transcended race and gender, he wrote books and published a newspaper discussing the evils of slavery and promoting the rights of women.

Legend has it that on February 20, 1895, a young black man who attended a lecture by Douglass was so inspired that he went straight to Douglass’ home just outside Washington, DC that night hoping to speak with the great man. He waited on the broad front steps of Douglass’ house. When Douglass arrived home, the young man asked what he could do to help the cause of African Americans. Douglass responded with what were evidently his last three words: “Agitate. Agitate. Agitate.” He then quietly entered his home and died of a heart attack later that night.

It was Frederick Douglass who said, “If there is no struggle, there is no progress. Those who favor freedom without agitation want crops without plowing... they want rain without thunder and lightning.” 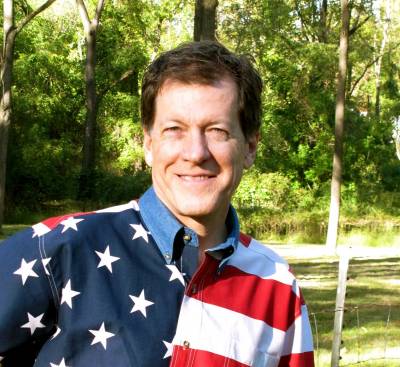 I'm very pleased to share with you that American Heroes #4 has just received the KIDS FIRST All Star Endorsement!

Both Regina Kelland's To Market Kids company and Ariel Hyatt's Cyber PR (arielpublicity.com) are in the process of helping spread the word about my 10 latest heroes and their songs. I'm compiling stories of how each song was researched and written that I'll begin sharing with you soon!

Four years ago this week, I received the shocking news that my latest album, American Heroes #3 received a Grammy nomination. Until then, I thought I'd made my last album.

Making albums, for me, is a labor of love. There's a lot of love, but there's a lot more labor, to be honest. I can't just make an album. It has to be the best possible album I can make. And with each successive album, I learn more and discover even more ways to spend my time and money taking the next album to the next level up.

That Grammy nomination assured my next album that it would, indeed, get made. And made it, I have. It took a year of research (110 books + several research expeditions), a year of song-writing (and re-writing, etc.) with Dave Kinnoin and Jimmy Hammer. It took two years of recording with Joe Mennonna, Jimmy Hammer, Leslie Chew and others who contributed their various musical gifts. And on Tuesday, February 11, 2014, American Heroes #4 will be officially released.

I have fallen in love with yet another batch of 10 amazing people - the subjects of this new album. I'll soon be introducing them to you. Stay tuned!