How two heroes helped a nation protect our environment

by Jonathan Sprout and Regina Kelland

Earth Day turns 48 on April 22. As old as Mother Earth is, we have been officially celebrating her for less than five decades. Two of the environmental heroes we have to thank for this increased awareness are John Muir and Rachel Carson. In standing up for Mother Nature, they helped to transform public perception, encourage new laws and generally let Americans, and the world, know we need to pay more attention and take better care of our home.

John Muir and the Giant Trees

In the late 1800s, most people thought the good earth was there for the taking. Wildlife and natural resources seemed limitless. Lumber companies in California didn’t discriminate between 3,000-year-old giant redwoods and sequoias and other trees. They had already destroyed close to one-third of California’s giant trees when John Muir showed up.

Muir had the foresight to see where this was heading. It was his passion for natural beauty that helped him put a stop to the destruction. How did he change the tide of thinking?

He focused on the beauty of these 35-foot wide, 300-foot tall treasures. Muir was so in love with these trees and the wilderness, he couldn’t help but write about them with poetic, inspiring descriptions. Many who read Muir’s magazine articles and books also fell in love with these national treasures. In 1892, Muir led a resistance movement and co-founded The Sierra Club, an organization that continues to this day to fight for the preservation of the wilderness. He became its first president. Sierra Club members, after years of hard work advocating for the trees, helped establish laws to protect them. 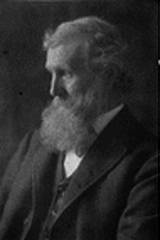 John Muir (1838-1914), the most influential conservationist and naturalist in America, is known as “the father of our national parks.” An ingenious inventor who was blinded by an injury, he vowed that if his sight were restored, he would devote himself to the study of the inventions of Nature. Gradually, his vision returned, and he courageously took a stand against the destruction of America’s great western forests. With his poetic writing, he taught us that wild places are precious and fragile spiritual resources that must be preserved. A compassionate dreamer, he forever changed the way we see our mountains and forests.

Rachel Carson and the Harmful Effects of DDT

In the 1960s, Mother Earth was challenged by rampant use of a chemical known as DDT. Chemical manufacturers described DDT as a blessing and a final solution to mosquito problems that were viewed as plaguing the world.

But none of the chemical companies researched the long-term effects of DDT. It killed mosquitos, but it also killed the birds and fish that ate the mosquitos and the animals that ate the birds and fish, and on up the food chain. Dr. Carson and a handful of concerned scientists recognized the problem. They also recognized the blowback they’d get from mega-chemical companies that would no doubt challenge their research.

Rachel was the perfect person to give voice to nature, but in doing so, she became a kind of sacrificial lamb. She had been a best-selling nature author and a scientist with the highest integrity. Reluctantly, out of a sense of duty to the natural earth she so passionately loved, she accepted the role as the bringer of bad news. In 1962, after years of painstakingly detailed research, Rachel Carson published Silent Spring, a book that brought attention to the devastating effects of DDT. The book’s accuracy was inarguable, so the chemical companies attacked its author.

Inspired by Carson’s work, President John F. Kennedy, pushed for the creation of The Environmental Protection Agency which was established in 1970.

“It’s impossible to do justice today to Rachel Carson’s impact. I was in government at the time, and I remember all over Washington, people were talking about this book.” – Bill Moyers 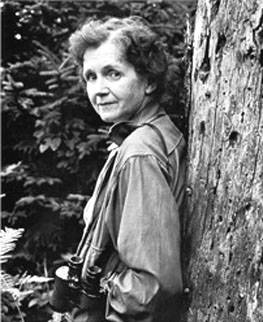 Rachel Carson (1907-1964), “Voice for the Earth,” was an author and scientist whose courage, selfless spirit, and sense of wonder inspired the modern environmental movement. Her books about nature helped people realize our interconnectedness with the world of plants and animals. In 1951, her book The Sea Around Us was published. It remained on The New York Times best-seller list for 81 weeks and was translated into 32 languages. In 1962, Carson wrote Silent Spring, a book that spoke courageously about the irresponsible use of poisonous chemicals. Her book awakened millions of people to the importance of caring for the planet. In 1980, the Presidential Medal of Freedom, the highest civilian honor in the United States, was awarded in her memory.

John Muir and Rachel Carson showed deep passion and respect for nature. What can you do to celebrate Earth Day? A few ideas:

* Attend an Earth Day celebration - a big birthday party bringing all kinds of people together.

* Set up recycling in your home. If you don’t recycle already, learn how to do it and what recycling programs your community offers to help you. You may be surprised to find you are recycling more than you are throwing away. Many communities now accept recycled batteries and Styrofoam.

* Take a walk. Try running errands that are close to home on foot. And as you do, look around at all the things you miss when driving.

* Turn off the lights - and more. Develop new habits like turning off a light when you leave the room. Run the dishwasher and clothes washer only when full. Adjust the inside temperature to comfortable, no need for blasting hot or freezing cold.

* Like a little friendly competition? See who in your household, classroom or workplace is the most earth-friendly. Maybe offer a little monthly prize – an extra hug, ice cream, a cupcake, a gold star, control of the car radio or TV remote for a day.

GRAMMY® Nominee Jonathan Sprout has been honored with 26 awards for his American Heroes CD series.  He has performed 5,400 concerts during his distinguished career.  Regina Kelland promotes children’s music and owns To Market Kids.